Getting through a first draft 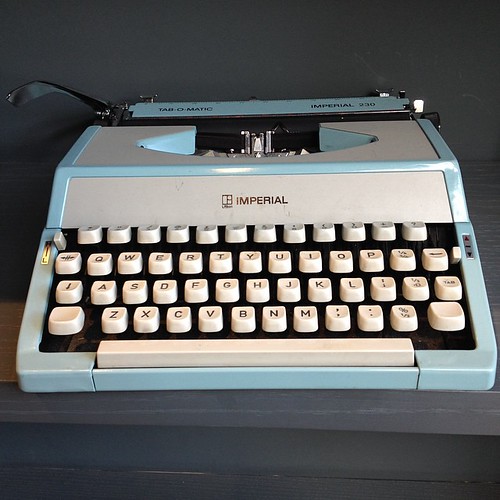 Get through a draft as quickly as possible. Hard to know the shape of the thing until you have a draft…when I wrote the last page of my first draft of Lincoln’s Melancholy I thought, Oh, shit, now I get the shape of this. But I had wasted years…writing and re-writing the first third to first half. The old writer’s rule applies: Have the courage to write badly. ~ Joshua Wolf Shenk

I’ve been working on a project that I really like, but can never get past the first section. I have changed the setting a few times, and I try to start again when the scenes all end up being pretty much the same. Basically, I’m stuck in first gear, and I can’t just get through a first draft, then clean up what I want later.

Since I’m usually busy with everything else in life and can no longer pay attention to the important writing stuff (seriously, I never have quality time with my computer anymore) I was glad that a cold snuck up on me and kept me home today. I did two sprints and worked on the outline.

Of course the original idea makes me want to jump in and start writing, but I’ve figured out the hard way that it has to settle. Different elements of the story jumped up in my head when I least expected it, so now I have a better grasp of where I want the plot to go.

Bottom line: don’t waste a bunch of time on the first part of the book. The book will change as you go, at least it does for me. By the time you get to the nitty gritty in the middle, you understand what the story is a bit better. When you’re tired and dragging yourself across the finish line of the first draft, you can go back and write the book how you think it really should go. At least with a first draft, you’ve got material to work with – otherwise, you’re punching in ideas and getting no where. Things are going to change too much in first gear.

2 Responses to Getting through a first draft