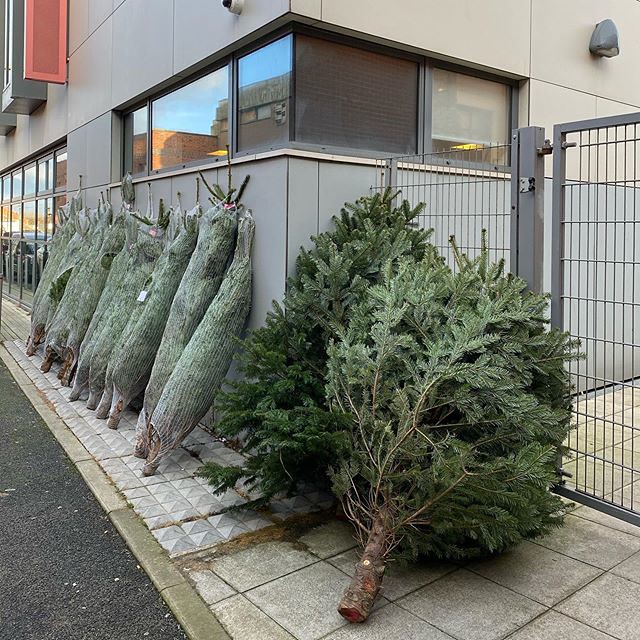 We’re now 3 days away from Christmas and I’ve been on maternity leave from the library since the 14th of December. I spent my last evening at a work Christmas party so I wasn’t as melancholy about being away from my regular people as much as I could have been. However, it was insanely weird to not be at the library on Monday and not be expected to be at work all last week. I got listless and bored quickly, but being as heavily pregnant as I am now (only 1 week and 3 days left until my due date) I am way too tired to even consider being on my feet in the office or the library anymore.

But everything is fine with Baby Pick. He is estimated to be 9.9lbs according to our last scan/ultrasound, so once we speak to the doctor on Christmas Eve, we’ll have a plan as to what to do as far as delivery is concerned. I think they’re gunning for induction the week of New Year’s, which I’m not keen on, but we’ll see what they say.

While I’ve been home, I’ve gotten a lot of Christmas wrapping done in case I’m otherwise engaged at the hospital or something. We bought all of our groceries last Friday so the house is full of snacks and everything we need for a traditional Christmas dinner (turkey crown, turkey gravy, rolls, parsnips, roast potatoes, mashed potatoes, carrots, pigs in blankets, stuffing balls, and brussel sprouts). I haven’t done anything really and I feel incredibly bad that Mister Pick has had to do all the things to get ready for Baby and the holidays. Fingers crossed I recover quickly after Baby arrives. I miss walking the dog in the mornings.

Now that I’m off work and have some waiting around time, I’ve picked up The Cheerleaders as my current Kindle read. I also want to get back to writing and I’m itching to start crafting a project. I have the idea that I’ll just write all the books and so many authors who are writing all genres of YA and MG just make me all the more motivated to get back to the task of creativity. It’s something I really do miss.

And it’s not like I don’t have tons of ideas and topics I’ve jotted down over the last year to keep me busy. The idea of flexing and toning those muscles of creativity really is true and when you get out of the groove of it because of life and whatnot, it’s even more daunting to get back to it.

With Baby on the way and New Year’s approaching, I’ve also been in the mindset of setting some goals for 2020. I admit that it’s all very traditional: be a good mom, be a good wife, get back to a healthy weight, run my 5K again, write all the books, and things like that.

So hopefully during my next post I can update everyone on how that’s going and maybe Baby Pick will have shown up in the world to give me a little more motivation and a little more understanding of what’s most important in the world. Until then, Merry Christmas!