October prepping and returning from vacation 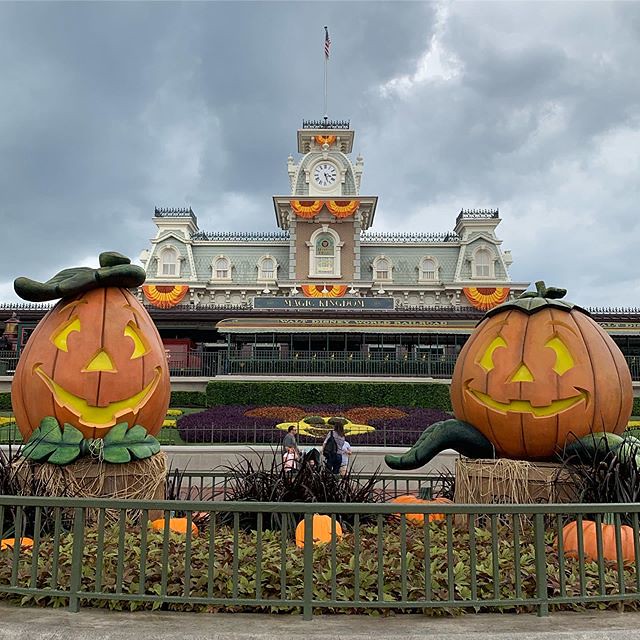 It’s October! We’re back from our holidays and went from 35C/95F temperatures to 8C/48F. It’s appropriately autumnal in Newcastle with the fog and the rain, as is expected. While we were away it only rained maybe a couple of times and we spent two glorious weeks in Disney, Universal, and Cocoa Beach.

What I took home from the trip were a couple of bags of flavored coffee, some Christmas ornaments (because this year will be quite special), some baby onesies, and a cold. So going back to work this week with jet lag, a tiredness that comes from being six months pregnant, and a stuffy nose has not been that pleasant. However, after sleeping a lot this weekend, I think I’ll be ready to take on the next 10 weeks of work before my maternity leave.

Ten. Weeks. That’s all I have left. I think that freaks me out more than labor and delivery at this point, as well as being off of work for a whole year. I keep being assured that I won’t care about the goings on at the library while I’m away, but I’m a control freak and have severe FOMO, so if Baby Pick supersedes all of that, I’ll be pleasantly surprised.

What I noticed about holidaying in the Central Florida area is that Disney is just so much better than the other parks. I know I’m a Disney fan girl and all, but the amount of rude staff we came across during our one day at Volcano Bay water park and the severe lack of organization we encountered at Sea World just proves that Disney sets a higher bar for customer service.

For example: Preferred Parking at Sea World costs $35 and regular parking costs $25. Everyone was parking in the same rows in the same area so we wasted $10 on that. Plus, the queue to get in was miles long, including the self service kiosk, so it would have taken ages just to get into the park. I investigated buying the tickets online, but unlike Disney, it didn’t tell you up front before you paid, what dates the tickets were valid for. It’s not until you leave the tickets in your cart and you get an email later saying, “Don’t you want these tickets that let you go into the park three days after purchase?” If I had bought them and tried to go into the park the next day, as we intended, I would have been even more disappointed because we tried to go over on our last weekend in Florida.

Mister Pick was bummed out about this because he wanted to see the new Sesame Street land, the Halloween events, and experience the beer festival, but I think that was the reason so many people were trying to get into the park at the same time. Other people in our parking row did the same thing we did, got to the gate then realized it wasn’t worth it, and turned around and went home having wasted $25-$35 on parking. (We did sent an email to Sea World about this and we got a parking pass for next year.)

With Volcano Bay, Mister Pick went as far as to write an email of complaint about the rude staff. A lot of the time there was no please or thank you, there was no finesse or love for their job that you see at Disney. There was, “You need to move the line here!” or even having rafts for the rides thrown at customers. What irritated me the most was the couple of bits of wrong information we received. I specifically asked at one of the lunch cafeterias if the park unlimited drinks cups could be used at the adjacent hotel, Cabana Bay, where we were staying. We were told, “yes,” only to find out that was just wrong. Also, when we left the park, there was a staff member blowing bubbles (because that makes it seem fun to be there!) and she didn’t stop when I approached her, then gave me wrong directions to get back to the hotel.

It wasn’t anything major, and we did enjoy our time there. I loved the wave pool and Mister Pick had a fine time on all of the slides, especially the lazy river, but it was just that little attention to detail when it comes to customer service. As someone who works in customer service day in and day out, I can tell you full well how high expectations result in higher quality treatment of customers.

Aside from that, everything was good. We did experience the drunken nightmare that is EPCOT Food and Wine Festival on a Saturday and I can safely say I will never do that again. People just loud, shouty, and making a point to draw attention to themselves. I even saw two women cursing each other out in a line for the ladies’ toilets, children in tow, all because they were off their face at two o’clock in the afternoon. It was so busy and so hot and if you go there just to enjoy the park, a weekday is your best bet because, wow. Those Florida Passholders treat that like a bachelorette/bachelor party on a weekend. (Most importantly, not a time to bring children unless you want them to experience brawls and lack of security.)

Other than that, it was great. We saw a lot of my parents who are doing well (except my dad caught my cold, poor guy). We went to Galaxy’s Edge (!!!) and saw the new Toy Story Land. I didn’t go overboard with the eating because I had my glucose test when I came back home (still waiting to hear results of that), but I enjoyed cake and (low carb) ice cream on my birthday. I wasn’t in the mood for a lot of shopping either, but I managed to bring back the essential snacks, and souvenirs for my co-workers, as well as my own gifts mentioned above.

Oh, and I didn’t spend too much at Michaels. I was very proud of myself, considering that I was in Happy Planner Heaven and would only have that chance once.

So now that I have all of the planners, including my Academic Passion Planner that’s on the way, I’ll be prepped for some time with Baby and being at home for, hopefully, some creative time. I’d love to do even 25k words for Nanowrimo this year, but the more I don’t write, the more daunting it seems. I keep hearing about people on social media who are fast typers and they write a book in a month anyway. I used to do that but they weren’t good and it was the editing that was more frustrating than anything. That means I’d like to have a more organized approach to what I’m going to work on and at least have some sort of plot structure in place before I try to work through the story.

But October is here! Soon it will be Halloween, with Thanksgiving around the corner. I don’t look forward to the frost coming in because I’m terrified of slipping and falling as it is, let alone being ungraceful and pregnant, but I’ll take precautions and take it easy.

In the meantime, I hope everyone is choosing their costumes, reading spooky books, stockpiling their candy and having a fab month so far.