Do not park in England 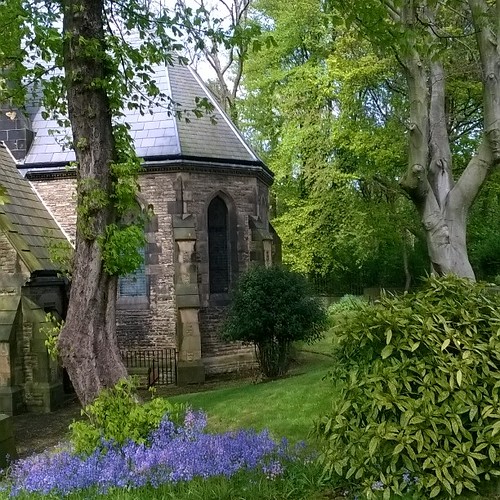 So for the third time in the one year I’ve been driving in the UK, I’ve had someone of an older age tell me where I can and cannot park my car.

We live on a short, dead end street that has allotments (rented out gardens) attached. The street is full all the time, and since I’m not the best of drivers or parkers in the world, I try to just stay the heck away from the other cars.

Our apartment complex is at the very end by the allotments and we have a tarmac area in front of our little storage garages, but our useless overseers (the ones who blame us if we tell them the pipes are broken, or the gate lock is busted, etc.) have a “Strictly No Parking” sign above the garages. (Though I see people parking there sometimes, but I’ll guarantee the overseers jump on their case about it because that’s how they roll.)

Anyway, so around Christmas last year, late on Saturday night, the street was jammed packed with cars and visitors’ cars, so I had to park in front of one of the houses toward the end of the road. I left it there Sunday, and on Monday saw that I had a note saying, “Don’t park your car here. I find it annoying.” *rolls eyes*

I eventually saw the people who lived in the house and it was a very elderly couple and the woman can barely walk so, yeah, fair enough, it’s easier for them to park a car close to the house (even though they have a driveway they don’t use, I might add.)

So, today I get someone buzzing at the entryway (over and over, like they can’t figure out how to get in the building.)

This older lady at my front door goes, “Hi, we’ve spoken before?”

“Yes, I’ve left notes on your car. We have a problem.”

“I don’t have any idea what you’re talking about.”

(There are 10 black cars outside) “Nope, not seen a note like that. I got one at Christmas…”

“Oh that’s Mary, she’s 80. Now, everyone who lives in these houses is very sick and we can’t get to our cars…”

“I parked my car on the very end away from everyone else. It’s a public street.”

“Oh, it is, yes, but no one else parks there, you park by my car and I can’t get to it. You should park on the other side of the light post, or up here by the hedge.”

Okay, let me explain this. I purposely park where it is not in front of a house or a gate or stairs or any kind of driveway. People park all over there place here, wherever it’s convenient. Sometimes I can park closer, sometimes I can’t. Steve has to get his bike out, then the groceries when we come home. Now, the only places to park are the ones by the allotments where there’s some big drop of a hill and a ton of overgrown trees so either the brambles with scratch the car (or Steve), and the seagulls and pigeons do massive pooh all over the place. I’ve had gross stuff on the car enough times to not park there.

Anyway, so this woman was all about how she’d called the council on me, and how she’d been to the apartment block a bunch of times (no clue about any of this.) She said the council told her that they couldn’t do anything and they’d been out to see my scandalous parking job, and blah blah blah.

I apologized and told her if I had any clue, I would have moved it. But, as Steve said, people besides me park down there all the freaking time. It’s just that I do it more than others, I guess.

Anyway, then she went on to tell me that someone in our apartment complex has been keying cars down by that side of the street and she and her husband have “tailed” her and called the cops on her.

Okay, first of all how do these people know this? They must just be sitting at home, waiting to see something to complain about. Also, everyone in our apartment complex is my age or older. No one would give a crap about cars all the way down at the end of the street. If she was insinuating that it was me, I have no freaking idea. I told her I’m either at school or in the house – I have no idea what anyone does around here.

Anyway, so that’s the new development in “Life in The U.K.” Even if you pay thousands of dollars for a car, people will tell you what you should do with your own property. Even when I parked at the school the first time a few weeks ago, some old lady came outside, telling me I couldn’t park in front of her house (Which is 10 steps from the school and the school has about as many parking spaces in the lot for teachers.)

So this has been three times in a year that someone didn’t like where I parking on a public street.

But, this is how we roll in The Shire, I guess. Glad it’s bank holiday weekend and we’ll be out of this neighbourhood for a while. Sheesh.

Oh yeah, by the way, the neighbour (a lady I’d never seen before, I might add) knew that I take the bus sometimes. Creepy.

Married to Steve. Mother of Jack. Librarian IT Assistant. Writer, teacher, blogger, podcaster, technological princess.
View all posts by Suzanne Schultz Pick →
This entry was posted in All About Me, Travel and tagged driving, England, neighbours, parking. Bookmark the permalink.

2 Responses to Do not park in England