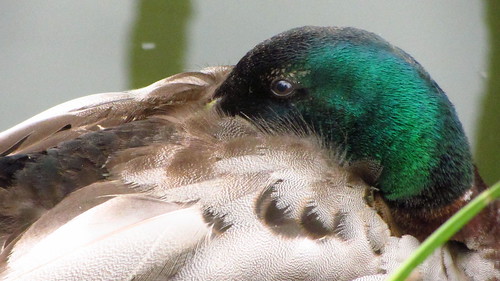 I’ve been there for, oh, a couple of months now and never ever had anyone act as if they couldn’t understand my accent. Generally people are interested and ask me about American schools, sports, amusement parks, etc. (The kids always ask me about corn dogs – I don’t know what the fascination is, but I assured them that corn dogs are awesome.)

Anyway, so there are a lot of trainee teachers and teaching assistants who come and go at my school, so we can have anywhere from two to six or seven volunteers sitting in that little lunchroom at a time. Most of the girls are from a local college, some already have a degree and are getting work experience, and some are like me who are taking adult ed classes to get a certificate as a teaching assistant.

Well, last week there was a new, quiet girl sitting at our lunch table. Myself and another lady who volunteers there chatted with the girl and she told us she was a high/secondary school student who was just there for a few weeks to get job experience in the nursery before she graduated.

When I went into the lunch room on Tuesday, the regular group was there, plus another high school girl sitting with the one I’d met before. I sat down and started chatting to everyone as usual, when the new girl started laughing about something. The girl from the college, who I’d been talking to about her course, stopped and we sat there, awkwardly asking what we’d said that was funny.

One of the adults was giggling along too and said, “Oh no. You’re just funny.”

So, we continued to talk, still confused, but we dismissed it. Then every time I would speak, the high school girl would nudge her friend and they’d giggle, staring right at me. I quickly realized it was my accent – something I never think about. I mean, seriously, most people have seen a ton of American TV and movies to know how we sound. It isn’t some kind of new concept. In Florida we generally went, “Oh, wow, cool! An English accent!”

Now, in that situation I had no choice, really. I like to think of myself as a nice person, but when someone’s acting incredibly rude, I’d say something. If it had been at the mall, or on the street, I would have told her to blank off. But in that situation, I had to ignore her and let everyone at the table feel really uncomfortable until the new high school girl left the room. While I know I was acting like an adult, I felt incredibly sad, hurt, and embarrassed because I’ve never had anyone do anything like that to me before.

I have had high/secondary students mock my accent once and be done with it when I taught a class. When it happened during my first English teaching job here, the teachers were very supportive and said, “No, no, that’s really discriminatory and racist. We don’t tolerate that.”

Other teachers who had Scottish and other regional English accents assured me that kids did that and they brushed it off because they didn’t mean it to be hateful.

This situation, however, was hateful, not to mention, rude and childish.

I told Steve in text about what happened and he said for me to report it and not feel like I don’t have the right to do so. I waited until the end of the day (the kids were painting and trying to put sentences in past tense, so I was thankfully distracted for that afternoon) but I did mention this to my classroom teacher before I left. When I told her she said, “What? How rude!” and jumped up out of her chair saying, “Well, I’m going to find out who she is!”

The office told my teacher that the girl was only going to be there for the week, which was fine by my because I wouldn’t be there to deal with it. The teacher asked if I was sure the girl wasn’t just “being silly” and I said, “No, she was clearly laughing at me and trying to get her friend to join in the laughter ever time I spoke.” It never happened at any other time. They would even make me stop talking because their laughing would be so loud it distracted me.

Anyway, when I mentioned this to my family and friends on Facebook in Florida, most people were very blasé about the whole thing. “Oh, she’s just a teenager. Ignore her.” or “It’s not racist because you’re all white. It’s just a jerk thing to do.”

I quickly pointed out that I have to indicate that I am “White – Other” in this country – just like every Canadian, Australian, and European. My ethnicity is not British, Irish, Welsh, or Scottish.  I am “Other.” That means that if I had a Polish, Russian, or German accent and someone laughed at me in a work situation, it would be less of an issue because we’re all white? No, that’s not right at all.

I told my teacher that I mentioned this situation because, as a person working with children, there are many students and teachers who have various accents. My hope was that the office would report the girl to her and whoever had sent her to that school to work, but I seriously doubt anything like that was done.

Also, if they spoke to the girl, would she have come back to the lunch room and told all the other volunteers that I had reported her? Would I be ridiculed for that too?

It’s really a lonely and depressing situation to be in, to be made to feel like you’re different and being publically humiliated and harassed is okay in certain situations.

It bothered me a lot that day, but I just felt mad. I can’t shout at a teenager in a work-type situation (or can I) without someone getting on my case about it. I mean, if she had been a year older and in college, would that be more of a discrimination situation, or would people tell me to overlook it then as well?

Anyway, I just want to let people know that, no, white people, you are not exempt from someone being a jerk to you and treating you like you’re “other.” It’s totally not cool to do it to anyone and I don’t like that most people don’t immediately say, “No! It’s not right!”

I wanted to make sure that I wrote this out, not only to get the situation out of my head, but to let people know that this kind of stuff does happen and a lot of people think it’s not a big deal even if it makes the other person feel rotten and self-conscious. I can only imagine what happens in other companies where some idiot decides to make fun of the resident American.

Married to Steve. Mother of Jack. Librarian IT Assistant. Writer, teacher, blogger, podcaster, technological princess.
View all posts by Suzanne Schultz Pick →
This entry was posted in All About Me, Employment, School, Teaching and tagged American, Teaching Assistant. Bookmark the permalink.